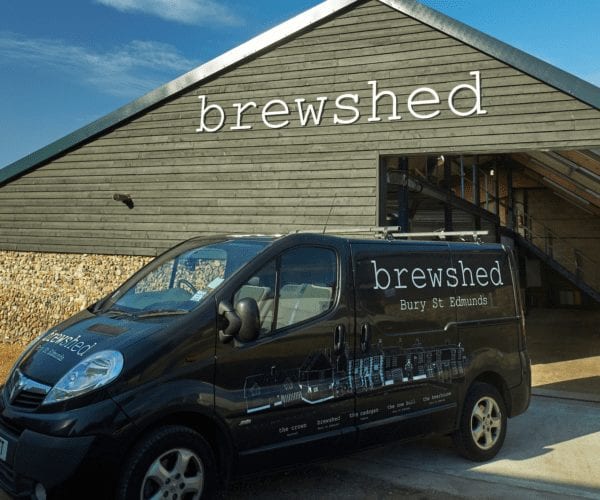 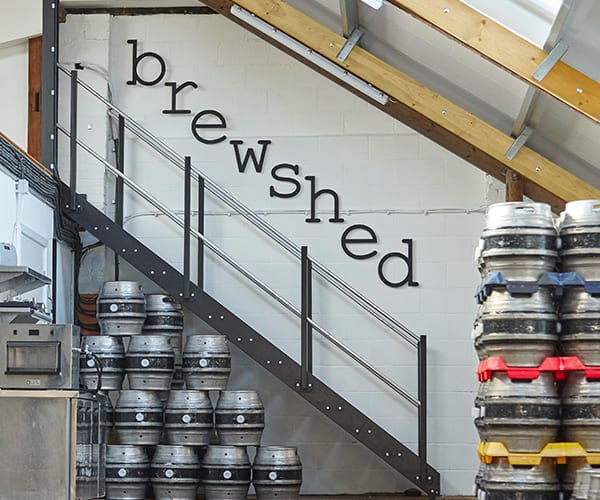 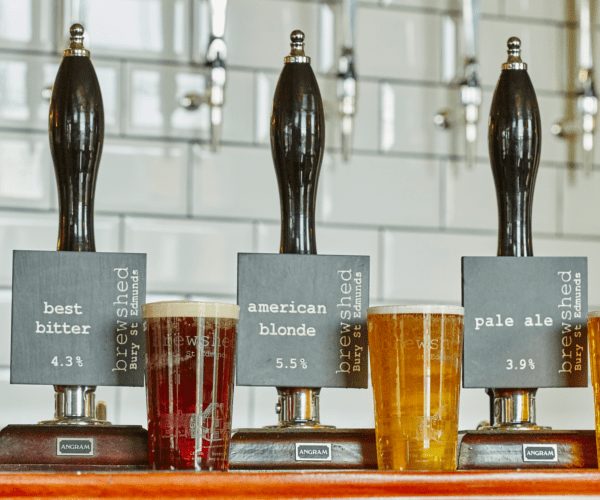 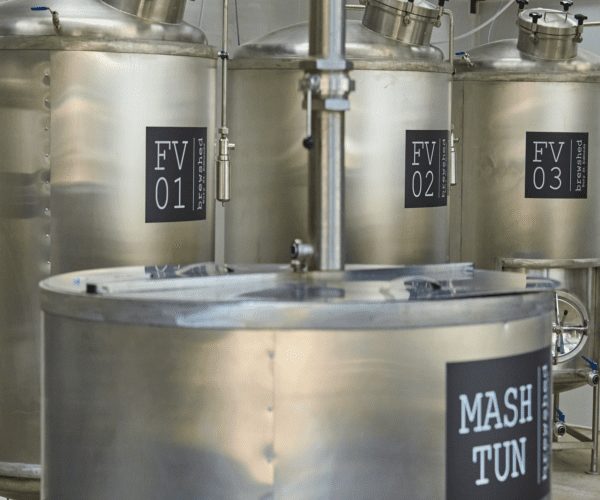 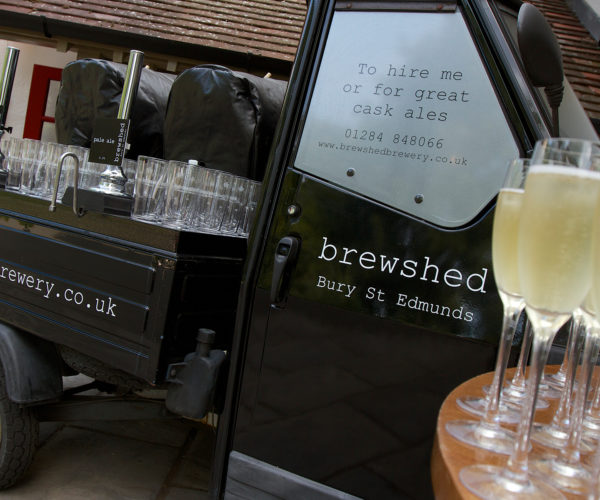 We started brewing in 2011 and brewed very happily in our original shed in the grounds of The Beerhouse for 5 years until we outgrew the space. In 2016, we moved to a new shed with a shiny 12 barrel craft brewery.

We have SALSA (Safe and Local Supplier Approval) plus beer certification.

Our Pale Ale, Best Bitter, American Blonde and seasonal beers are available at The Beerhouse, The One Bull, The Cadogan, The Crown and The Fox. We brew award winning bottled beers for Hotel Chocolat and 2 of our seasonal beers won West Suffolk CAMRA awards in 2019.

Keep your eyes open for Brewshed beer in East Anglia and further afield too as we do sell to other craft breweries. We also supply beer locally to Abbeygate Cinema, Beautiful Beers, No 5 Angel Hill, The Six Bells, Ice Cook Shop, and The Lighthouse. If you’re in the trade, local to us and want to find out about selling our beer, we’d love to hear from you.

In 2019, two of our seasonal beers won West Suffolk CAMRA awards which were voted for by visitors to their Real Ale and Cider Festival.

We can supply our beer by the firkin or keg for your event. Please call or e-mail us for more information.

Sign up to receive email updates about our pubs and brewery. We won’t bombard you and you can unsubscribe at any time.